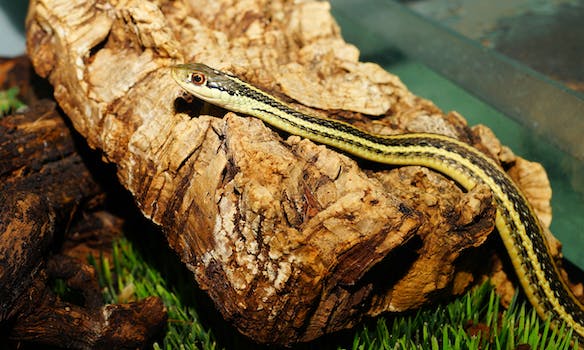 Although I have not noticed any extra snake populations in the homestead I never find them undesirable and plan to rid the territory of these nasty serpents. These reptiles tend to flourish in warm conditions as they are cold blooded creatures so it is crucial to eliminate places that they could call home. To help eliminate them you should always attack the places which offer them a spot for living. Make certain that the property is clear of any debris, seal up any cracks and openings in your house; avoid piles of bricks, logs, lumber and rocks which could harbor a secure refuge for the snakes. As I researched how to get rid of these creatures I chanced upon several methods which have traditionally proven to be pure bunk.

One of the ineffective methods people have used to rid their home of these pests included flooding the snake holes with water. These wiggly creatures are resourceful and are capable of surviving for a time period in water and eventually will crawl away unharmed. Another false concept is that spreading oil or diesel fuel around the parameter of your lawn will keep them at bay. This is simply not correct. Often people will place ropes around their yard with the belief that the snake will mistake the rope for another snake and prevent crossing over it. This is another neglect since snakes have a great visual ability and quickly can differentiate such a trick. Additionally, when I worked in the Nature Center at Redden State Park we had snakes in cages and it didn’t bother the two snakes together to crawl up close to one another, often crossing over another snake. One suggestion has been to put pig dung around your yards perimeter but this also is a false claim as the odor doesn’t chase the snake away. The best you can hope with this remedy would be to chase the door to door salesmen away.

The worse suggestion I have found is putting websites around your home. Moth balls are a dangerous component and might easily seep down into your water supply or even contaminate your homestead. This by far should always be avoided. Does it seem discouraging? Not really, as my research has also demonstrated that there are several organic methods by which I could fight the regional snakes.

The trick to getting rid of the beasts is in using plants which offend or harm them. Every plant has its own characteristic smell and biological attributes which can be employed as an effective snake repellent. Below are a few which are inclined to discourage snakes from squatting in your homestead. The first one is the common Marigolds.

The Marigolds official scientific name is Calendula officinalis. This magnificent flowering plant has repelling factor which are especially useful for ridding your home of those creatures. The characteristic smell associated with the Marigold irritates the naval system of snakes along with its stems milky sap corroding the skin of the snake causing it to itch. If the sap comes in contact with the snakes eyes it could cause blindness or blurry vision. This fact made Pam very happy as today she can happily plant her brilliant Marigolds anywhere in the yard.

This herbaceous plant from Asian contains bitter leaves and roots and in the event they are rubbed against the snake’s skin the animal will become bloated and experience considerable pain. There’s an additional benefit to using this plant around your yard as well because any prey that has touched the plant and is absorbed by the snake the bitterness may result in death.

The medical part of the plant when rubbed on the skin of the snake serves as an inhibitor and might cause a heart attack in the snake.

Snakes totally hate the smells which originate from this plant’s leaves. Finally we experience the Tulbaghia Violacea plant. This is a common plant from the African desert and is capable of living in major droughts. In Africa it is used to treat snake bites. The smell of its blossoms and leaves act as an irritant to bees leading to an effective repellent.

It would appear that each and every plant has a goal and its objective is to contribute to humanity’s well being. We are going to try these and see if they work and claimed.